This is the first in my series “Unexpected Homeschooling in the Age of Coronavirus.” I accessed all resources used here online for free, I’ve attributed everything, and to the best of my knowledge, I am not breaking any copyright laws reposting them here. If you know otherwise, please let me know. This is designed for children ages 5-11.

The Underground Railroad: The Underground Railroad was a network of people, African American as well as white, offering shelter and aid to escaped slaves from the South. It developed as a convergence of several different clandestine efforts. The exact dates of its existence are not known, but it operated from the late 18th century to the Civil War, at which point its efforts continued to undermine the Confederacy in a less-secretive fashion. (source)

Harriet Tubman: Harriet Tubman escaped slavery to become a leading abolitionist. She led hundreds of enslaved people to freedom along the route of the Underground Railroad. (source)

Why do you think Harriet Tubman was nicknamed “Grandma Moses?” 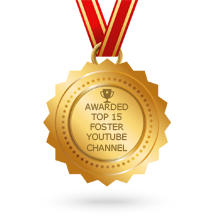 AFL Monthly Digest (April)
Today was a great day for flying a kite on our street. We didn’t hit a single power line 😂
My mom is a retired elementary music teacher. Twice a week she teaches my kids a recorder lesson from her home in Virginia. It is perfect. Hands down one of my favorite blessings from this Time of the Virus. And also —- I miss my mom ❤️
Do you have a random coin collection sitting around? Use it to teach your kids at home! Preschoolers can sort the coins (by size, color, or type) and start learning basic addition. Elementary schoolers can practice basic math and start learning coin values. Give them random assortments and have them determine the monetary value. These are a few ideas I came up with. What else can we do with coins? (PS begin by washing the coins! I used boiling water and dish soap!)
My daughter is seventeen today!! We woke her with gifts and singing. Quarantine or not, we’re going to make this a great birthday!
I learned something new today! And my 11yo son was the teacher! My sweet cousin sent us a fun, creative care package that included two Cartesian Diver kits. A perfect project for my scientist-engineer!